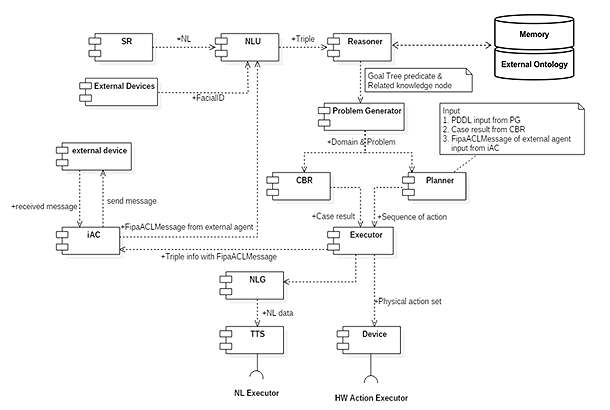 As the central part of problem solving mechanism, our planner is the most advanced multi-agent cognitive planner dealing with real-world problems among multiple agents.

Unlike most of the classical planners that deal with physical actions only, CMAP is capable of dealing with both physical and cognitive (speech) actions. That is why we call it as Cognitive Multi-Agent Planner or CMAP for short. It is implemented in a major planning languages called PDDL (Planning Domain Definition Language).

Unlike other PDDL planners, CMAP is highly practical dealing with real world problems while interacting with multiple agents and humans. In addition, it is also integrated with an incremental case-based reasoner over time. 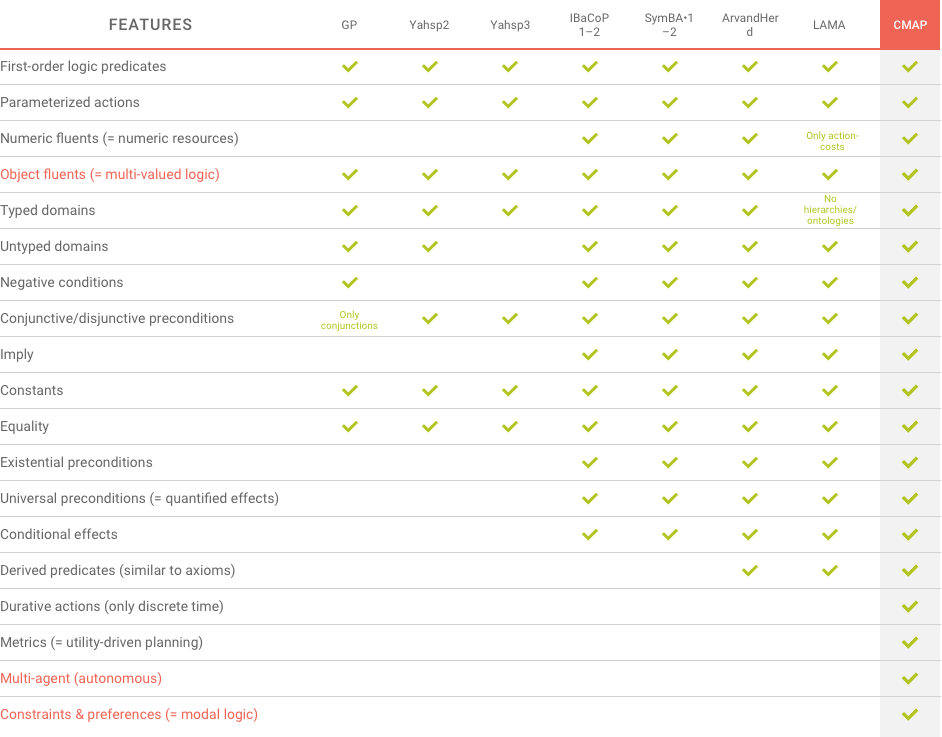